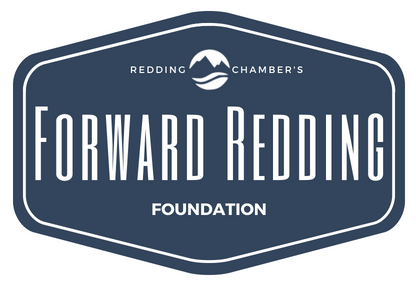 The Forward Redding Foundation is a 501(c)(3) charitable foundation under the Redding Chamber of Commerce, formed to advance the educational, sociological, cultural and economic interests, and promote the civic and general welfare of the City of Redding and County of Shasta, California. It was chartered in 1984 with the involvement of community leaders, believing there was a need for community betterment. The objectives of the Foundation are charitable in nature. The EIN number for the Foundation is 94-3013946.

The Foundation functions under a Board of Directors that serve a 3-year term, attend regular board meetings and oversee the transaction of business. Under the leadership of Redding Chamber President & CEO Jake Mangas, the Foundation has raised nearly $600,000 to fund community projects such as the Redding City Identity Project which has successfully catalyzed 20 ideas to bring improvements to Redding in the areas of aesthetics, experience, and messaging.

Throughout the Covid-19 pandemic, The Forward Redding Foundation and Redding Chamber of Commerce served as the primary leader of various CARES Act funded business grant programs, distributing over $4,167,000 in grant funds to North State businesses in partnership with the County of Shasta, the City of Redding, the City of Anderson, and the City of Shasta Lake. The Foundation remains a trusted organization that will continue to form public and private partnerships in support of the business community.