What Supreme Court Ruling on Arbitration and PAGA Means for Employers

In Viking River Cruises v. Moriana, the Supreme Court ruled that individual claims under the Private Attorneys General Act (PAGA) can be compelled to arbitration if the employee signed a valid arbitration agreement to that effect.

Saad explains that PAGA allows employees to file lawsuits on behalf of the state to recover civil penalties specified in the Labor Code. Under PAGA, individuals can file those claims for themselves and on behalf of other employees, creating a representative action that greatly expands the potential impact and penalties.

PAGA claims have become increasingly popular in California, because it’s easier to bring PAGA representative actions than traditional class actions, she says. Plaintiffs could bring claims for alleged violations that they didn’t personally experience, and the penalties are harsh.

Roberts highlights the issue with PAGA actions. For example, there’s been recent litigation where attorneys filed suit against employers because their pay stubs didn’t have the four-digit postal code on the zip code. Litigation was filed on that basis in a PAGA action because the attorneys were seeking attorneys’ fees, not so much because they were trying to correct some egregious wrongdoing.

This is sometimes referred to as a “gotcha game,” where it’s not about the interests of the employees, but rather what technical violations can an employer be caught in to make a claim, Saad replies.

Moriana was a former employee of Viking River Cruises, and she had signed an employment arbitration agreement that prevented her from bringing a PAGA action, and the agreement otherwise forced her to arbitrate her individual PAGA claim and dismiss the representative action, Saad explains.

In Viking, Saad continues to explain, the Supreme Court considered whether this California law that prevents division of PAGA actions is preempted by the Federal Arbitration Act (FAA). The court held that Moriana’s individual PAGA claim could indeed be forced into arbitration and recognized that the arbitration agreement was valid.

The court also recognized, however, that the employer could not compel the representative action to arbitration, she says. Along those lines, the court also held that the rule under Iskanian that says PAGA claims cannot be split is preempted by the FAA’s broad enforcement of arbitration agreements.

In Viking, Moriana is forced into arbitration and with no one left to bring the representative action, the claim goes away, Roberts says.

Eight of the nine Supreme Court justices sided with the majority, but Justice Sonia Sotomayor authored a concurring opinion that highlights some practical realities of the case, Roberts says.

Justice Sotomayor acknowledged that the court’s decision is based on the Supreme Court’s understanding of California law, but that if the Supreme Court’s understanding is wrong, then California courts will have the last word, Saad explains. The Justice also stated that the standing issue is something that the state Legislature is free to modify and correct, leaving the door open for what can transpire in the future.

On the same day as the Viking ruling, the chair of the California Senate Labor, Public Employment and Retirement Committee, Senator Dave Cortese, issued a statement committing to the changes that Sotomayor had suggested, Saad says.

Now that Viking has been decided, there continues to be broader arbitration litigation in the form of AB 51, Roberts says.

AB 51 was originally set to take effect on January 1, 2020, but the CalChamber led a coalition to prevent the enforcement of it, which was successful at the trial level, Saad explains. However, on appeal at the Ninth Circuit, the decision was reversed, and the ban was reinstated.

Thereafter, the CalChamber petitioned for the entire Ninth Circuit to rule on the issue. While this litigation is pending in the Ninth Circuit, the arbitration ban is stayed and we will now have to wait and see what happens with AB 51 in light of the Viking decision.

So now, the million-dollar question is, what does this mean for employers who want to use mandatory arbitration agreements going forward with new hires and existing employees, Roberts asks?

While Viking was a win, Justice Sotomayor’s concurring opinion opened a door and so it’s definitely not the end of the story, Saad replies. Nevertheless, in light of Viking, employers can certainly use arbitration agreements, but they should do so with the assistance of legal counsel and also keep in mind that the effect of the current AB 51 litigation on mandatory agreements signed after January 1, 2020 may be held void, depending on the outcome of the litigation.

Regardless of AB 51’s litigation, Saad explains, agreements signed before January 1, 2020 will continue to be valid. Even with Viking, and the AB 51 litigation set aside, there are always going to be procedural and substantive issues that employers need to consider and review when it comes to arbitration agreements, because these arbitration agreements are very frequently challenged in court.

“When drafting an agreement, it’s important, again, to consult with competent legal counsel, have their assistance, make sure that everything about the agreement is going to be enforceable down the road,” Saad urges. 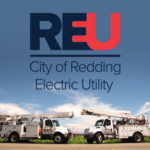