The SEC’s Final Proxy Advisor Rule Brings Greater Transparency, Oversight and Clarity to Investors and Should Not be Vacated In July of this year, the Securities and Exchange Commission (SEC) finalized its Proxy Advisor rule, which marked an important step in making the corporate governance landscape more hospitable for public companies. For decades, the U.S. has seen a decline in the number of public companies, which has had an adverse impact on growth, innovation, and job creation. The U.S. Chamber of Commerce has been committed to reversing this trend by fighting for responsible corporate governance policies that focus on economic return and benefit the long-term position of shareholders.

The SEC’s Proxy Advisor rule is a key component of reversing that trend. For too long, proxy advisory firms have been allowed to frustrate public companies with factual mistakes, methodological weakness in devising recommendations, conflicts of interest in those recommendations, and a lack of transparency in assumptions, sources, and analyses. The SEC’s Proxy Advisor rule takes significant steps to ameliorate these issues  and the Chamber’s amicus filing emphasizes the importance of the rule to the business community and investors.

On Friday, November 6, the U.S. Chamber moved to defend the SEC’s rule by filing an amicus brief in Institutional Shareholder Services, Inc. (ISS) v. SEC. In the lawsuit, ISS challenges the SEC’s Proxy Advisor rule, which applies the proxy solicitation rules to the provision of proxy advice. The Chamber’s amicus filing supports the SEC’s rule, arguing that the SEC acted within the scope of its statutory powers and that the rule is reasonably tailored to address significant concerns about the provision of proxy voting advice. The U.S. Chamber’s amicus efforts were led by the Chamber’s Center for Capital Markets Competitiveness (CCMC) and the U.S. Chamber Litigation Center.

In conjunction with the amicus brief, CCMC also published a white paper, Examining the SEC’s Proxy Advisor Rule, that provides an overview of the SEC’s rulemaking process, specifically examining the SEC’s process through the lens of the Administrative Procedure Act (APA). The white paper, which is cited in the Chamber’s amicus brief, concludes that the SEC has statutory authority to promulgate the rule and that the final rule reflects reasoned decision-making as required by the APA.

CCMC’s report carefully weighs the criticisms of proxy advisory firms and the SEC’s efforts to address those criticisms through its proposed rule in November 2019. The report discusses the response to that proposal and details the modifications the SEC made to its final rule after carefully considering the comments to its proposed rule. The white paper concludes that the SEC convincingly demonstrates the need for regulation given the potential conflicts of interest and poor-quality governance advice in the proxy advisory industry. It further reasons that the SEC’s thoughtful changes between proposal and finalization of the rule further support the reasonableness of the rule.

The SEC’s final Proxy Advisor rule is a step in the right direction to address deficiencies in the proxy advisory system. The rule brings greater transparency, better oversight and clarity around conflicts of interest, and heightened investor protection in the proxy voting process. CCMC supports added transparency and accountability in the provision of proxy advice and will therefore continue to advocate for and defend reforms like the SEC’s Proxy Advisor rule. 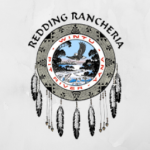 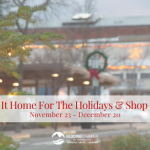 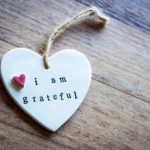