Please describe your thoughts on the unique relationship between Germany and California.

• For decades, California has been the land of dreams for many, many Germans. Germans love California; they feel emotionally close and connected. Spectacular nature, friendly, welcoming people, academic excellence, a spirit of tolerance and freedom of expression, a place to turn your moonshot ideas into reality—all of that comes to mind when Germans speak of California. 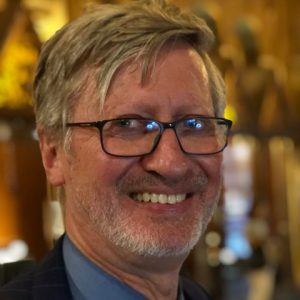 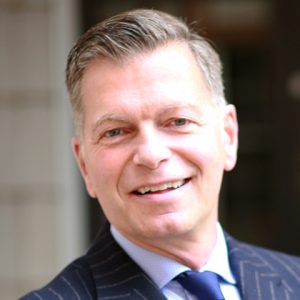 And then, maybe, a small sense of pride when looking at the impressive numbers of Germans presently contributing to California’s top-notch academic and economic performance and when remembering the numerous ethnic Germans who have contributed, over time, to shaping today’s California.

Not to forget the contribution of Germans and German companies to the film industry in Hollywood as producers, directors, actors, composers and providers of film production-related services. Not only during the pandemic, U.S. films are produced throughout Germany with its excellent locations, studios and funding opportunities. In Los Angeles, the presence and spirit of former exiles from Germany and Europe can still be felt.

• Germany and California have an awful lot in common. In many ways, they are at similar positions and faced with similar challenges in the ongoing technological revolution.

Germany, the world’s fourth largest economy, and California, the world’s No. 5 (if it were independent) are both highly developed industrialized economies, trade oriented, and thus interested in a rules-based international system, including a comprehensive international trade regime and blessed with functioning dispute settlement mechanisms.

California and Germany put climate change as a major global challenge high on the agenda; the Green New Deal of California meets the Climate Action Programme 2030 of Germany. Also, there is a broad consensus that growing social disparities and injustices, as well as populist phenomena, pose a serious threat to the functioning of our democratic societies. Sadly, the pandemic has seriously exacerbated pre-existing trends.

• The really good news is that the intensive network of friendship, cooperation and exchange between our civil societies, our politicians, scientists and economic actors and in the cultural field is growing stronger by the year on all levels.

As countries all over the world feel the pandemic, what is the economic impact of COVID-19 on Germany?

• The German economy is gradually recovering. The pandemic continues to impact the behavior of consumers and investors alike, but economic indicators are pointing to a continued recovery, supported by the far-reaching economic stimulus measures taken by the Federal Government and by the European Union.

In their current joint economic forecast, leading economic research institutes are expecting our gross domestic product (GDP) to decline by 5.4% over the course of 2020. But as vaccines against COVID-19 are on the horizon, we will soon have a real chance for economic recovery.

• The labor market suffered heavily, but the situation is slightly improving.

The industrial sector is continuing to slowly find its way out of the crisis.

Recent new manufacturing orders have almost reached the level of the fourth quarter of 2019. September witnessed a broad-based economic recovery that was being supported by both domestic and foreign demand.

What are the challenges and opportunities facing Germany?

The key challenge is to identify the wisest approach to “rebuilding better” after COVID. Again, Germany and California are at similar starting points and can inspire each other.

For Germany, “building back better” is about accelerating and intensifying the transformation of our economy and our society in order to make them fit for a truly sustainable future. Here are a few of the challenges and opportunities:

• Climate change: Germany is a world leader in environmental technologies relating to climate change, recycling and waste management, as well as water treatment.

To substantially raise the share of renewable energies in electricity, we terminate the use of coal for electricity generation (phase-out to be complete by 2038) and instead expand solar power and wind turbines. The German offshore wind industry is also an excellent starting point for international actors to contribute; hydrogen technologies offer great chances for Germany-California cooperation. Environmentally friendly products are projected to account for 19% of German GDP by 2025!

• Our digital/technological sovereignty: In order to retain it, Germany and the European Union must hold their own against international competitors in key technologies.
Key is a well-developed digital infrastructure which is resilient, sustainable and democratic. The EU—Germany holds the rotating presidency in 2020—aims at putting in place a digital economic area that meets all these criteria.

• The digital revolution: We’re in the middle of it. Challenging as it sometimes is, it offers great opportunities for business, particularly in what we call “Industrie 4.0” (i.e., when people, machines and industrial processes are intelligently networked). Here, Germany’s small and medium-sized manufacturing companies, the backbone of German industry, excels, demonstrating the added value of digital solutions.

• Huge opportunities through digitalization: Germany is the largest software market in Europe (approximately one-fourth of the value) and second in the European market for security technology. Today, the German cloud market is the largest in Europe, with constant year-on-year growth of 25%.

Germany is around one-fourth of all European B2C e-commerce turnover. Germany is an attractive investment proposition for start-ups and internet companies, offering exciting cooperation opportunities for international partners.

• Electric vehicles: Germany, home to the best car makers in the world, aims at having 7 million–10 million registered electric vehicles by 2030. Charging infrastructure will be massively boosted.

The State of American Business: How to Revitalize America’s Global Leadership

Deadlines and Decisions for American Trade in 2021