Overhaul of U.S. Sanctions Policy Toward Venezuela is Long Overdue

The Venezuelan Interim Government and representatives of the Nicolás Maduro regime met again last weekend in search of a solution to the country’s intractable political crisis. There’s no question that elements of the Trump administration’s “maximum pressure” sanctions strategy – those that featured targeted seizure and/or freezing of personal assets of Maduro and his inner circle – had an impact in getting the regime to the table.

But when Executive Branch policy is the object of scrutiny from both the left and the right on Capitol Hill, it’s usually a sign that significant course correction is warranted. Such is the case with the broad set of punitive economic measures associated with “maximum pressure” that have proven to be more blunt instrument than surgical tool. While well-intentioned in their aim to rid the longsuffering Venezuelan people of Maduro, the ultimate failure of sweeping cross-sectoral sanctions to spur quick democratic transition unleashed a cascade of negative unintended consequences. Time is of the essence to overhaul a sanctions architecture that has helped strengthen Maduro, deepened Venezuela’s dire economic and humanitarian crisis, brought harm to U.S. businesses, and undermined our national security.

The energy sector – given over to Maduro

When French and Norwegian energy firms Total and Equinor announced in July that they would be abandoning their Petrocedeño joint venture partnership with Petróleos de Venezuela S.A. (PDVSA), it was the latest chapter in an exodus of Western companies from Venezuela. Adding insult to injury, PDVSA crowed upon the announcement, “Now Venezuela is absolute owner of one of the most powerful companies in Latin America.” Why so happy? Because Total’s $1.4 billion loss instantly became the cash-strapped Maduro regime’s gain when PDVSA absorbed the French company’s portion of the JV.

In the energy sector most prominently, this is part of a pattern that sees current U.S. policy perversely reward PDVSA/Maduro while punishing U.S. and allied companies. An example of its counterproductive effect is embodied in the April 2020 change the U.S. Treasury made to General License 8 that prohibits U.S. companies from laying claim to their petroleum extractions in Venezuela. PDVSA now retains and sells oil previously the property of American firms, further enriching the Maduro regime at the companies’ expense. In November of last year, the U.S. government prohibited U.S.-allied companies Repsol and ENI from accepting Venezuelan oil as a form of payment for their natural gas operations and production. Predictably, the result was similar to the General License 8 change: PDVSA now pockets all produced natural gas at the Europeans’ expense.

The plight of Venezuelans

The exodus of U.S. and allied firms is hardly limited to the energy sector. Current U.S. sanctions policy has significantly contributed to the flight of firms that include iconic American brands in the agricultural, automotive, and financial services industries that had been committed to Venezuela – and employing tens of thousands of Venezuelans – for decades. Their exit is a source of unequivocal despair for ordinary Venezuelans. It’s the reason why a Chamber-commissioned study last fall revealed that an overwhelming percentage of Venezuelan-Americans support the continued presence of U.S. and allied companies in-country. This group with family and friends suffering at the hands of a kleptocratic, repressive and incompetent regime is acutely aware that U.S. and other Western businesses are often the only source of financial support for their employees, employees’ families and communities.

A call to action

The conclusion for the Biden administration should be clear. Overhauling a counterproductive U.S. sanctions policy towards Venezuela that has produced myriad negative unintended consequences is long overdue. A strategy originally designed to drive rapid regime change has only served to prolong Maduro’s rule, exacerbate the plight of ordinary Venezuelans, undermine U.S./allied companies, and jeopardize national security. Informed by decades of U.S. Chamber opposition to failed U.S. unilateral sanctions gambits, we warned in these pages four years ago of these same unintended consequences and recommended an alternative targeted, multilateral sanctions approach. The U.S. business community stands ready to provide the administration recommendations on a revised policy designed to simultaneously eliminate both reward to Maduro and punishment of Western companies and the Venezuelan people. 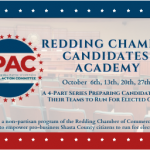 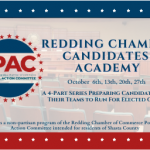 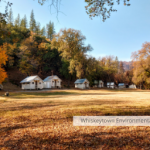