Further, the proposal would require retrofits to existing wells within the same 3,200 setback area.

According to the Western States Petroleum Association, “The oil and gas industry is not opposed to setbacks and in fact, has supported many local setbacks that are based on science, data and rigorous health assessments. But this approach by the state will eliminate tax revenues and community benefits, raise costs for everyone and put thousands of people out of work.”

Quoted in the Sacramento Bee yesterday, Natural Resources Secretary Wade Crowfoot said “No new wells will mean that, over years, thousands of wells that would be approved aren’t approved.” News reports also quote Crowfoot as saying that the administration believes some oil well operators will choose to decommission their existing wells within the setback area rather than pay for costly retrofits required under the draft rule.

CalChamber responded to the Governor’s announcement by highlighting both the cost of the proposal and the fact that it will increase dependency on foreign oil:

“Affordable energy and the tens of thousands of high-paying California jobs associated with domestic energy production are a critical part of California’s economy. The reality is that fossil fuels will continue to play a crucial role in our economy for the foreseeable future. Small businesses, hospitals, tens of thousands of trucks moving goods at our ports and millions of families all depend on reliable and affordable energy. This proposal will drive up energy costs for millions of Californians, threatening small business employers. The result will be job loss not only in the oil industry but in many other sectors of the economy.

“CalChamber appreciates the safety concerns outlined in the proposed regulation. However, it is equally important to note that oil production in California is highly regulated. California should not subject itself to increased dependency on foreign oil by further limiting in-state production.

“While the final proposal leaves many unanswered questions, CalChamber will engage the agency during the formal rulemaking process to ensure California will meet the diversity of energy demands across the states in a cost-effective and safe manner with a focus on reducing any dependency on foreign oil.” 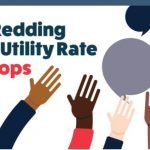 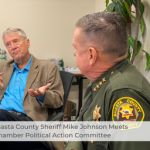 PrevPreviousThe Urban Grape Wins 2021 ‘Dream Big’ Small Business of the Year
NextIt’s Time to Get Serious About Water CrisisNext
Ready to join the Redding Chamber of Commerce?
BECOME A MEMBER