The federal vaccine mandate for large employers (the “Federal Vaccine Regulation” or “Regulation”) pushed by the Biden administration has been in the news since its announcement in November of last year. The Regulation has been legally challenged from its inception, with a notable nation-wide stay of its enforcement put into place by the Fifth Circuit on November 5, 2021 that was overturned by the Sixth Circuit on December 17, 2021.

California employers should be paying particularly close attention to the news regarding the Federal Vaccine Regulation because one of the two implementation deadlines contained in the federal regulation is today – January 10th, 2022 – and Cal/OSHA may bring the Regulation into effect in California as soon as this month.

What does the Federal OSHA Vaccine Mandate Require?

Generally, the Federal Vaccine Regulation requires employers with over 100 employees to implement a policy requiring employees to either be vaccinated or undergo weekly testing. As part of that process, employers will need to require face masks be worn by unvaccinated employees, record all employees’ vaccination status, and provide limited time off for vaccination. Though many of these elements are already featured in California’s COVID-19 Emergency Temporary Standards (ETS), the vaccine-or-test requirement will be new to California’s workplaces. In addition, employers will need to be able to produce any vaccination documentation or test results for employees to Cal/OSHA by the end of the following business day upon request.

(1) January 10, 2022 for implementation of all elements except the requirement for weekly testing of the unvaccinated, meaning employers must prepare to: determine and record vaccination status of employees, provide leave for vaccination, notify employees of positive cases in the workplace, and require face coverings.

(2) February 9, 2022 for full implementation, meaning that all workers who are not fully vaccinated (defined in the federal text as two shots or one Johnson & Johnson shot) need to be tested weekly beginning at that point.

These dates were initially set in the regulation as December 6, 2021 and January 4, 2022 but were delayed until January 10, 2022 and February 9, 2022 by OSHA to allow companies that had halted their implementation during the stay to get into compliance. Details available here.

What is the most recent news on the litigation around the mandate?

On January 7, 2022, the Supreme Court heard arguments on consolidated cases challenging the legality of OSHA’s vaccine mandate for large employers. The issue in front of the Court was specifically whether the stay on enforcement should remain in place pending a full litigation of the merits of the vaccine mandate. In other words – could OSHA compel companies to comply with the Regulation while the matter was being litigated?

Though we do not know exactly when the Supreme Court’s ultimate conclusion will be released, the questioning by the justices suggests that the Court’s conservative majority leaned against the mandate and appeared inclined in favor of the stay. Though they were skeptical of OSHA’s authority, some conservative justices expressed support for the states’ ability to legislate on the topic due to the broad police powers held by the states. In contrast, the Court’s three liberal justices were clear in their questioning of their support for the ETS as within OSHA’s jurisdiction.

Does the Federal Vaccine Mandate Apply in California?

The short answer is – not quite yet – but potentially as soon as the last week of January. California is a state plan under OSHA, which means Cal/OSHA has to adopt its own equivalent regulation within 30 days of a new federal regulation. Due to the stay, Cal/OSHA delayed its vote on the Regulation, but Cal/OSHA will be voting on January 20, 2022.

What is not clear at this moment is whether California will use the January 10, 2022 / February 9, 2022 compliance dates imposed by federal OSHA for states which operate their own, somewhat independent “state plans” for OSHA requirements, like California. If the federal government allows, it is possible that Cal/OSHA will push those compliance dates back, leaving California employers more time to get into compliance after the January 20th vote. Employers will need to watch Cal/OSHA’s website for when the draft text is posted prior to the January 20th meeting (agenda available here) to determine when these requirements will go into place.

Of course, if the Supreme Court issues its ruling and re-institutes the stay of the Regulation, then Cal/OSHA will not pass its regulation. However, California employers should not expect the push towards a vaccine mandate to disappear in California. In Sacramento, a state-wide vaccine mandate is being discussed – which would not be impacted by the Supreme Court’s decision – and many local governments have already taken action to require vaccination for employees or in certain consumer settings.

In other words – California employers are going to have to keep an eye on federal courts, the state capital, and their local governments to keep up with potential vaccine requirements as we head into 2022 … all of which should sound very familiar given our experience in 2021! 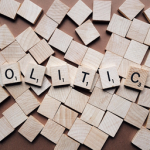 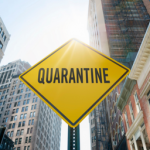 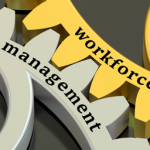