For many years, economist Dr. Robert Eyler has been giving updates on the current status of the north state economy. At the 21st Annual Economic Forecast Conference presented by the North State Planning and Development Collective at CSU Chico, the economist presented a mixed message on the current and future forecast for the strength of business, housing, and population growth in Shasta County, currently in the midst of the pandemic. 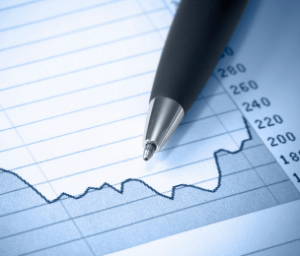 “Numbers sing and dance” – at least that is what an accountant told me years ago. If not dance, they can certainly tell a story. I am going to share some of the highlights of the story told today, which overall indicates that Shasta County is outperforming the state.
Industry Job Loss in Shasta County
We have seen that the leisure and hospitality industry has been the hardest hit over the last year in terms of job loss. Comparing November of 2019 with November of 2020, hotels, restaurants, and bars have seen a 24% decrease in jobs. The point was made multiple times that it is the low-wage, entry-level jobs that have suffered the most during this time of COVID-19. In fact, it is estimated that jobs that pay more than $60,000/year show only a 0.2% decrease in jobs, while low-wage earning jobs have decreased by 28% in our county. This is one example of the “K-Shape Recovery” we have seen across the county during the pandemic – some industries are growing, while others are suffering (mostly service & retail, including leisure & hospitality).
Housing Prices on the Rise
If you have been in the market to buy or sell a home, or refinance in Shasta County in recent months, you would have noticed the steep appreciation of home prices. That observation pays out in the figures shared today, which indicate that the median home listing price in Shasta County in December of 2020 was $429,050 compared to the median selling price of $341,550 just one year earlier. The forecast calls for an additional change in median home prices of 10.8% by October 2021, which would narrowly outpace the predicted increase statewide of 10.6%.
Population Expectations
It has been highly-publicized that there may be an overall decrease in population in California, as more are choosing to leave the state than are moving into it. That trend may not apply to Shasta County based upon the optimistic look ahead. There is continued belief that people will emigrate out of the urban centers to more rural settings that offer a better quality of life. Additionally, it is predicted that K-12 attendance will increase in Shasta County over the next 10 years, a sign that more families are expected to choose our community as a place to live, work and play. This is in spite of a more dismal outlook for the state overall.
We know that a lot of this is speculation, based upon the effectiveness of vaccines in stopping the spread of COVID-19, and other unforeseen events that could change the course of the future. What it shows to me and the Chamber of Commerce is that we must continue to fight for the industries most adversely affected by the pandemic. We also have an opportunity to continue to play to our strengths as a place that has its arms wide open and is willing to grow in the years to come.
To these points, Dr. Eyler stated the following:
Four Things to Watch
-Business losses: Where to put resources?
-Job losses: How long a shadow, and what industries?
-Local Government: Rising burden, will revenue be there?
-Housing affordability: Will economic development happen at home?
If you would like to reach out directly to Dr. Robert Eyler, you can send him an email at this address: eyler@econforensics.com
I am happy to also hear your thoughts and entertain your questions.
Jake Mangas
President & CEO
Share this article >> 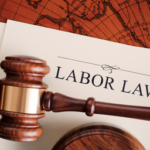 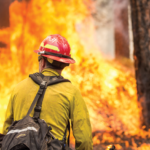 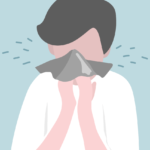 What to Do If Your Business Is Hacked: 5 Immediate Steps to Take