California’s export trade staged an impressive recovery in July despite the adverse economic impact of the COVID-19 pandemic and unfavorable tariffs overseas, according to Beacon Economics’ analysis of U.S. trade statistics released by the U.S. Census Bureau.

In a month that saw overall U.S. merchandise exports decline by more than 15% from one year earlier, California businesses shipped a total of $13.487 billion in merchandise abroad in July, a nominal decline of just 0.4% from the $13.544 billion in exports the state recorded in July 2019. Shipments of manufactured products by California firms were down 5.7% to $8.386 billion from the $8.889 billion one year earlier. Similarly, exports of non-manufactured goods (chiefly the state’s agricultural products and raw materials) were off by 5.1% to $1.474 billion from $1.554 billion. Fortunately, the state’s export numbers were buoyed by a 17.0% jump in re-exports, to $3.627 billion from $3.101 billion.

“The trends we are seeing here reflect the broader recovery in the U.S. economy from the low point it hit in April,” said Christopher Thornberg, founding partner of Beacon Economics. “Although we are still grappling with the economic effect of the pandemic, there has been a lot of mitigation as businesses and consumers have figured out how to operate in these extraordinary times.”

California exports in July were also up 15.2% from June, when the state shipped just $11.797 billion in goods abroad. California accounted for 12.0% of all U.S. merchandise exports in July.

“July’s trade numbers certainly represent an improvement after a string of sharp declines,” said Beacon Economics’ International Trade Advisor Jock O’Connell. “And, of course, the contrast with the 19.9% drop in July exports from Texas and the 16.8% decline from New York is particularly striking.”

California’s merchandise exports during the latest three-month period remain disappointing despite July’s performance. Shipments abroad totaled $35.683 billion, a nominal fall of 17.0% from $43.007 billion in the same period last year. Nine commodity groups posted exports of at least $1 billion, with just two seeing year-over-year gains and seven recording declines. Two other commodity groups which have typically generated more than $1 billion in exports per quarter failed to meet that mark in the May–July period of this year.

On the plus side, shipments abroad of Non-Electrical Machinery (machinery for industrial, agricultural and construction uses as well as ventilation, heating, and air conditioning equipment) edged up by 0.2% to $4.089 billion from $4.079 billion. Exports of Food and Kindred Products rose 2.9% to $2.438 billion from $2.368 billion.

On the down side, exports of Computer & Electronic Products (computers and peripherals; communication, audio, and video equipment; navigational controls; and electro-medical instruments) slumped by 7.8% to $9.247 billion from $10.028 billion. The state’s exports of Transportation Equipment (automobiles, trucks, trains, boats, airplanes, and their respective parts) plunged by 31.6% to $3.658 billion from $5.351 billion.

Chemical exports (including pesticides and fertilizers; pharmaceutical products; paints and adhesives; soap and cleaning products; and raw plastics, resins, and rubber) were down by 4.7% to $3.276 billion from $3.438 billion.

Exports of Miscellaneous Manufactured Commodities (a catchall category of merchandise ranging from medical equipment to sporting goods that have been highly exposed to retaliatory tariffs) tumbled by 46.5% to $2.302 billion from $4.300 billion.

Commodity classifications that in the same May–July period last year exceeded $1 billion in exports were:

Although the improved export numbers in July are much welcomed, the challenges to California’s exporters in the months ahead remain daunting even with a dollar that has grown steadily weaker since the spring.

Some two-thirds of California’s merchandise export trade travels to just 10 foreign markets, nearly all of which are currently coping with some degree of economic distress. Perhaps worst off is the state’s leading export market, Mexico, whose gross domestic product (GDP) fell by 17.1% in the second quarter and which is poised to record a contraction of 10% for the entire year.

The Mexican government now estimates recovery to pre-pandemic levels will take one or two years as long as no new coronavirus outbreaks strike. Many observers think even that outlook is too rosy. Mexico’s economic woes predate the COVID-19 crisis. Its GDP has now been falling for five consecutive quarters. Investment has fallen to record lows, and the tourism industry has all but collapsed.

Unlike most other countries, which have adopted countercyclical measures to cope with the pandemic, Mexico’s government has clung to an austerity agenda. Increasingly, the balance in California exports to Mexico is likely to swing more decisively toward the country’s largely foreign-owned export industries and away from the indigenous economy.

Canada, long California’s second leading export market, is faring a good deal better than the state’s neighbor to the south. The country’s economy expanded 3.0% in July, according to Statistics Canada, following record 6.5% growth in June. In contrast to Mexico, the Canadian government has sharply boosted aid to households and businesses reeling from the pandemic. Still, employment is 1.3 million shy of pre-pandemic levels.

Of California’s top export markets, China appears to be doing the best. The largest constraint on a faster pace of recovery from the pandemic appears to be the doldrums in which China’s major trading partners find themselves. Still, as much as China is a major trading partner, it is also the Trump administration’s leading trade adversary, a fact that will temper the opportunities California firms will have in trying to sell goods to China.

Japan, California’s fourth largest export destination, was already in a recession when Prime Minister Shinto Abe announced his resignation. How its leadership copes with the political transition and settles on a future economic policy course remains to be seen.

Meanwhile, South Korea is now dealing with a COVID-19 outbreak after initially flattening the curve of new infections back in the early spring. Just before the new outbreak, the Organisation for Economic  Cooperation and Development (OECD) had estimated that South Korea’s economy would see a relatively minor 0.8% contraction this year.

We are also nearing a last quarter of 2020 that promises to be unusually tumultuous domestically. Suppressing the COVID-19 pandemic is a necessary prelude to a robust economic recovery from this year’s dive into recession. A promised vaccine later this year may boost confidence among investors and consumers and thus lead to improved economic conditions. But a vaccine’s rollout is likely to take months to yield the desired effect, even if no serious side effects materialize.

In the meantime, we will have to contend with what the next few months may bring in the way of domestic social and political turmoil. 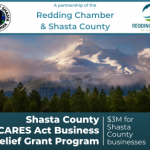 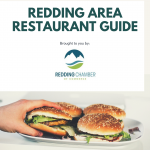 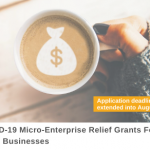