“The Governor has made a smart decision in appointing Alex Padilla to the U.S. Senate. Secretary of State Padilla has experience in all levels of government and a good track record of bringing people together to find common sense solutions. We look forward to working with Alex Padilla in his new role as United States Senator to make California’s economy and job creation a priority. 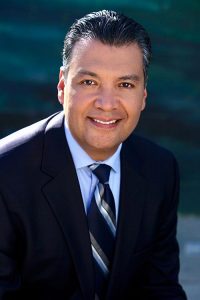 “Congratulations to Dr. Shirley Weber on her appointment by Governor Newsom as California’s next Secretary of State. The Governor has appointed an extraordinary individual in Shirley Weber. Dr. Weber has shown her ability to lead on difficult issues and we look forward to working with her to ensure that California has accessible and well-run elections as well as transparent, helpful business regulation.”

The Governor’s press release on his nomination of Dr. Weber for Secretary of State can be found here.

The Governor’s press release on selection of Padilla to the U.S. Senate can be found here.