With a persistent drought, and a hotter and drier climate, California must look beyond water conservation and recycling and develop new water storage and supply projects, the California Chamber of Commerce urged Governor Gavin Newsom last week.

On behalf of a broad coalition of organizations, the CalChamber submitted a letter to the Governor, pointing out that even after our current drought ends, two things are certain: we will in the not-too-distant future face another drought, and California is chronically short of water even in “normal” water years.

This is why it’s imperative that the state partner with federal and local agencies and the private sector to urgently develop and implement a Water Supply Strategy that secures ongoing, reliable new water sources to serve the state’s urban and agricultural uses within the decade, the coalition said.

• Construction of Sites Reservoir: The Sites Reservoir would be a new lake in the Sacramento Valley that, when full, could hold enough water to supply 3 million households for one year. It does not rely on snowmelt but captures winter runoff from uncontrolled streams below the existing reservoirs in the Sacramento Valley. Because of this, it will inherently adapt to future climate conditions and will be operated to improve water supply resilience to the predicted changes in weather.

Last year, the California Water Commission advanced the Sites project by confirming its eligibility for some state bond funding to help meet the overall price tag for the reservoir. This is a good start, but more needs to be done more quickly, including a commitment to securing the necessary water rights to operate the project and obtain funding, streamline permitting and fast-tracking any legitimate litigation, as well as identifying additional funds to advance the design and construction schedule, the coalition said.

• Water capacity restoration at current reservoirs: A surprising amount of reservoir capacity is underutilized and cannot be operated at full capacity because of dam safety and seismic concerns, the coalition pointed out.

Since these reservoirs are already in the ground and part of the water supply system, their rehabilitation represents a cost-effective strategy to store more supplies. State and local officials should identify and fast-track funding and streamline permitting for dam safety retrofit projects that could restore substantial existing storage in a relatively short time.

• Construction of desalination plants: Another promising approach that calls out for a focused effort and leadership is desalination.

Earlier this year, the Coastal Commission missed an opportunity to demonstrate how to approve an important and needed technology, rather than leaving desalination investors to guess at what, in the words of the commission chair, constitutes “intelligent” desalination. Several other desalination plants are currently in the pipeline elsewhere in California, and they deserve a better roadmap to regulatory success, the coalition said.

“As we have self-imposed limitations on developing surface and ground storage, we should in turn support creative options that utilize technology and efficient land use to deliver quality potable water for urban use,” the coalition urged.

• Proposal of new Sacramento-San Joaquin Delta water transmission infrastructure: This year marks the 40th anniversary of voter rejection of a Sacramento-San Joaquin Delta water conveyance proposal, known then as the Peripheral Canal. Four decades have passed without a new agreement on water transmission infrastructure or even operating principles.

The coalition explained that improvement of existing Delta infrastructure is not an option, especially considering the ongoing degradation of natural habitats under the status quo, and the threat of catastrophe should Delta levees collapse from an earthquake or rising sea levels.

“Tens of millions of Californians depend on water conveyed through the Delta, which will require more efficient technology, infrastructure, and operations to increase water available for human consumption and commerce,” the coalition said.

California’s persistent drought has become a grave threat to the state’s economy.

Last year, drought forced the agricultural industry to shrink by an estimated 8,745 jobs and shoulder $1.2 billion in direct costs as water cutbacks forced growers to fallow farmland and pump more groundwater from wells, according to research from the University of California, Merced.

This year, the effect on agriculture will only be worse, given the unprecedented moratorium on water exports and the regulatory limitations on groundwater pumping, the coalition explained. California’s summertime energy reliability challenges also will be exacerbated by the likely absence of major portions of its traditional hydroelectric capacity. Moreover, water-dependent manufacturers, producers, builders and consumers will face uncertainty and higher costs as long as the drought afflicts California.

In the short term, conservation, recycling and wise water use are the best and most effective strategies, but California should also develop a new water storage plan so that we can count on a reliable water supply with a much better margin for safety, the coalition stressed. 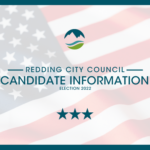 How to Balance Return to Work With Employee Demands

What To Do When Company Revenue Drops