Last week at this time there was a lot of work being done by the Redding Chamber of Commerce to strongly advocate that Shasta County officials, elected and appointed, move as far and as fast as possible to open as many business types as possible in an effort to continue to address the economic crisis in our local community. We were in position. On May 8th, the Board of Supervisors attested to the criteria put forth by the State to allow Shasta County to reopen businesses included in Stage 2. As a result, restaurants began to prepare to reopen their dining rooms and invest in inventory for the anticipated, much-needed increase in customers. Retail locations, including the Mount Shasta Mall, other businesses such as car washes, and more, were primed and ready to welcome back customers.
We were told on Monday morning to pump the brakes. What changed?
The hard-fought progress was halted once Governor Gavin Newsom’s office caught wind, perhaps on Good Morning America, of the insubordination on full display at the Cottonwood Rodeo in spite of clear guidelines coming from the State of California that no mass gatherings are to occur at this time.
Some have reached out to us asking why we should allow the government to control us in this way? If we want to go to the rodeo, shouldn’t that be a matter of personal choice?
Donnell Ewert, Director of Shasta County Health and Human Services, explains that the COVID-19 virus doesn’t discriminate based upon personal choice. He said that a worst-case scenario would be that there were people carrying the virus at the rodeo, asymptomatic or otherwise, who may have just put thousands at risk.
Our position is that our business community can’t afford any more setbacks at this time. The Red Bluff Round Up, Redding Rodeo, Kool April Nites, Taste of Redding, and many others have made the necessary sacrifice to do their part, as painful as it is, to cancel or postpone in an effort to keep the health crisis at bay.
Remember from physics class that for every action there is an equal and opposite reaction. The Governor reacted to the actions of a relative few and that has put many in the business community in an even more tenuous position. It was like the one kid in class who disobeyed the teacher and the entire class got put in detention.
Thankfully, leadership at the County of Shasta acted swiftly to publicly denounce the rodeo on Shasta County’s southern border, and Tuesday evening we “got off the naughty list” and back onto the list of counties granted a regional variance, which allows more business types to reopen in our community.
We have done a great job in flattening the curve, now it’s time to get our businesses off of life support. Let’s keep the reclaimed positive momentum going forward by doing it the right way.
Bucking the Governor’s orders is bad for business.
Share this article >>
Share on facebook
Share on twitter
Share on linkedin 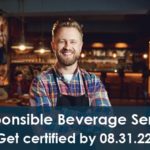