Legislation that will discourage hiring and job growth by imposing an employee “headcount tax” on certain employers was added to the California Chamber of Commerce job killer list today.

The bill, AB 398 (Chu; D-San Jose), institutes a tax of $275 per employee for “an entity, including, but not limited to, a limited liability company, corporation, or limited liability partnership, that has more than 500 employees that perform any part of their duties within the state.”

Employers who have weathered the COVID-19 storm are struggling to survive while other businesses have been forced to close their doors. In its opposition letter, the CalChamber cautions that unemployment rates are soaring and AB 398 will strongly disincentivize employers to hire beyond 499 employees since employee 500 will trigger $137,500 in additional taxes.

“During times of economic prosperity AB 398 would be a job killer,” the CalChamber states in the letter. “During this time of economic crisis, AB 398 is catastrophic.”

Higher taxes influence a plethora of business decisions, such as where a business will locate, how many employees they will hire and what wages they can offer.

AB 398 would degrade California’s economic competitiveness against other states that notoriously compete to attract California companies by providing tax benefits and other incentives to support businesses. This bill, the CalChamber argues, would take the exact opposite approach and unnecessarily raise the cost associated with job growth.

As the old tax policy adage goes, if you want less of something, tax it. If California wants less jobs, less employers, and an amplified economic disaster, placing an employee “headcount tax” on California businesses would be an ideal way to accomplish that, the CalChamber warns.

AB 398 takes aim at one of California’s true competitive advantages—its skilled workforce. The concentration of skilled and motivated workers in California helps overcome many of its competitive disadvantages stemming from high taxes, burdensome regulation and vexatious litigation. Employers who depend on skilled workers can justify these other burdens because of the state’s talented employee base. But like a smart bomb, this tax increase takes direct aim at one of the great attributes that distinguishes California business.

AB 398 also is an openly regressive tax disproportionately borne by lower-wage and lower-margin workers. A “headcount tax” increases the labor costs for businesses by making each employee more expensive, with the tax having a marginally higher impact to the lower-wage employees compared to their higher-payed, often higher-skilled counterparts.

The increased labor costs from a “headcount tax” would put downward pressure on employee wages and workforce expansions, while simultaneously placing upward pressure to increase prices or even relocate the business outside of California. Unprecedented furloughs and layoffs are already happening in California due to the COVID-19 crisis. An employee “headcount tax” will exacerbate unemployment in California by raising costs on businesses since it makes each employee more costly.

In attempting to solve one crisis—reduced funding for schools and local government—AB 398 simultaneously creates another, the CalChamber argues. The bill unnecessarily risks damaging California’s economic rebound and recovery when the state and country are in an economic free-fall. Such a policy would hurt California businesses, employees and consumers by disincentivizing the hiring of more employees, providing higher wages and growing business in-state.

An employee “headcount tax” by its very nature punishes businesses for hiring more Californians who, in turn, contribute to rising sales and property tax revenues—revenues that most cities rely on to function. AB 398 will depress business growth and employee wages in California and amplify an already-historic crisis. 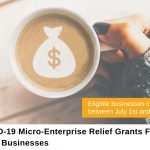 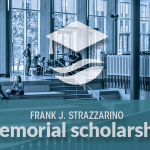 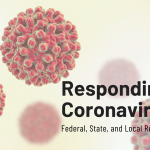