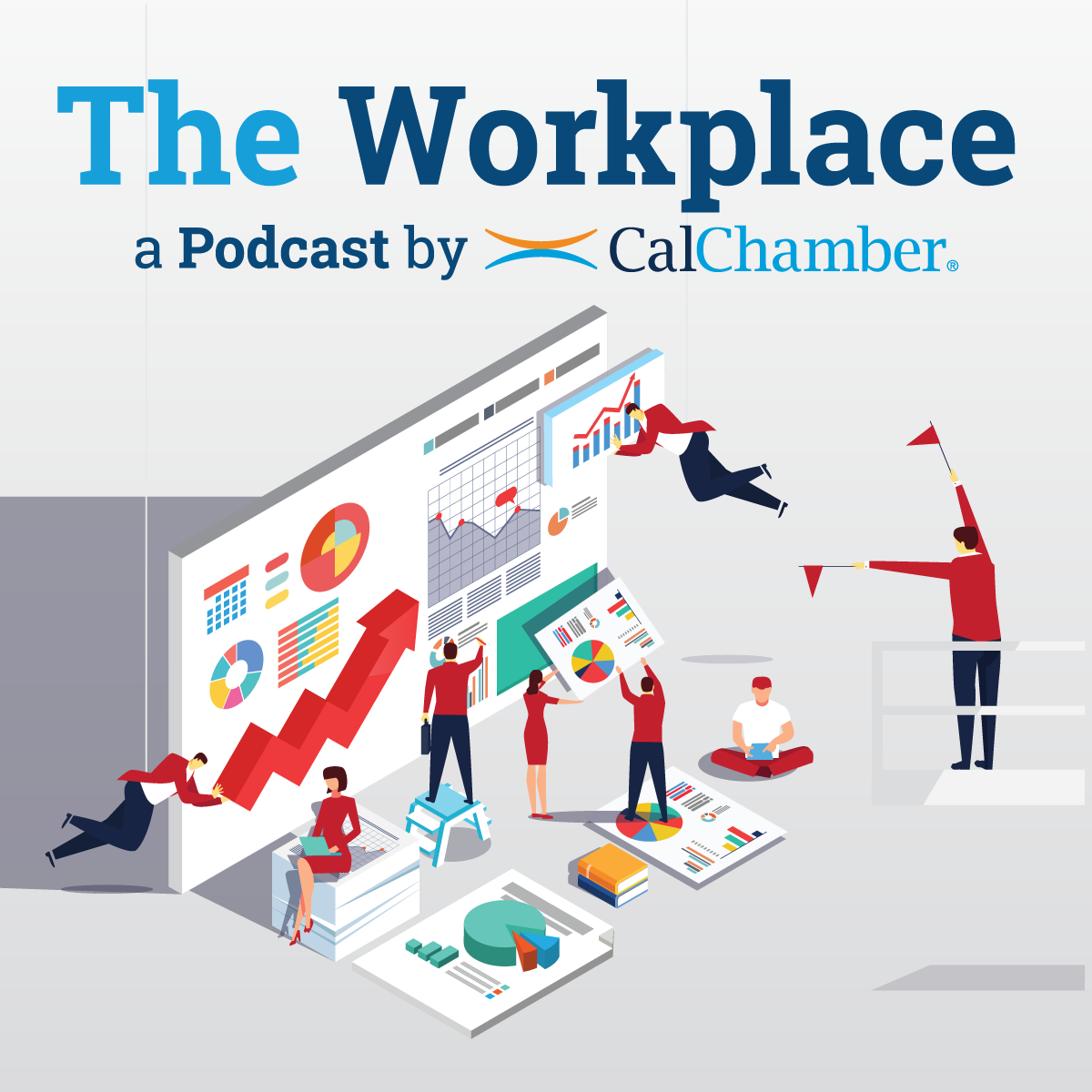 The California legislative session has finally come to a close, and this year there are a number of new labor laws that will really affect employers, Roberts says in kicking off the podcast.

Unless stated otherwise, these new employment laws will take effect on January 1, 2023.

SB 1162 is a bill that went through a lot of changes during the legislative session, and while the CalChamber remained opposed to the proposal, the bill is in a better spot than it was when originally introduced, Hoffman says.

Starting on January 1, employees will be able to request and receive a pay scale for their current position, including the salary or hourly ranges an employer reasonably would expect to pay for that position, she explains. The biggest piece to this law is that employers with 15 or more employees must include the same pay scale on any job advertisement.

The law also contains record keeping requirements which mandate that employers keep job titles and wage rate histories for every employee during their employment, as well as three years after the end of their employment.

As discussed in previous podcast episodes, SB 1162 once contained a provision that required publicizing employers’ pay data reports. This provision was removed due to significant opposition, but there are some changes that employers will need to comply with regarding these reports, Hoffman tells listeners.

Employers with 100 or more workers have had to provide pay data reports annually to the Civil Rights Department (formerly known as the Department of Fair Employment and Housing), but now, under SB 1162, these employers also must include mean and median hourly rates for each job category, and a race and gender category within those jobs, she explains. Employers with 100 or more workers hired through a labor contractor must also file a separate report for this.

Finally, Hoffman says that before an employer submits a report for the establishment, the law simply states it will be a report as needed for each establishment and the deadline was changed to the second Wednesday in May, where previously it was the end of March.

The Civil Rights Department has a lot of information on pay data reports and offers a comprehensive user guide to help employers fill out their reports, Roberts says. To visit their website, go to calcivilrights.ca.gov/paydatareporting/.

AB 152 takes effect immediately and it extends the COVID-19 paid sick leave sunset from September 30 to the end of this year.

Importantly, the bill does not create additional leave and there is no new entitlement to leave, Hoffman says. A provision the CalChamber was able to secure was one that allows an employer to request a second test for a positive result. For example, if an employee requests additional days because they are still testing positive, the employer can request the employee to test again.

Although the Governor’s office has not released grant information yet, now is a good time for employers to get their documents ready, Roberts says. It’s expected that the Governor’s Office of Business and Economic Development (GO-Biz) will require that employers prove their eligibility (meaning they employ 26–49 employees); provide proof of articles of incorporation or nonprofit documents; and substantiate that they indeed paid out supplemental paid sick leave during the course of the year in order to recover up to $50,000.

AB 1949 was the successor to a 2021 Job Killer bill, AB 95, that the CalChamber was successful in working with the bill’s author to remove the law from the Labor Code and ensure that that the Private Attorneys General Act (PAGA) did not apply, Hoffman explains.

AB 1949 creates a bereavement leave that provides up to five days of unpaid time off in the case of the death of a spouse, child, parent or other qualifying family member. The leave must be used within three months of the date of death and employers may ask for certain documentation to be provided within 30 days of that death.

Employers who already offer bereavement leave will be unaffected by this law so long as their policy allows a worker to get up to five days of unpaid leave, Hoffman says.

Because this is a new mandatory leave, Roberts recommends that employers update their employee handbook policies.

Although the law specifies that the designated person has to be “like family” to the employee, employers are going to have a hard time challenging that designation.

“It’s a very subjective determination by the worker,” Hoffman points out.

SB 1044 forbids employers from retaliating against workers who leave work or refuse to show up to work due to an emergency condition, such as a natural disaster or criminal act, or an order to evacuate. Nor can an employer retaliate against a worker who leaves work or refuses to show up to work because they feel unsafe due to this emergency condition.

“I want to note that it actually has already been illegal for several years, to force someone to work in an evacuation zone, and…there are already a handful of both federal and state laws that prohibit you from requiring someone to work in a dangerous condition,” Hoffman says.

So, in the grand scheme of things, there won’t be a huge change now that the bill has been narrowed down, she adds.

Importantly, the law doesn’t include a health pandemic, and certain industries are exempted from this law in order to ensure public safety, such as hospital workers, assisted living facility workers, workers who help evacuate people during emergencies, first responders, and others.

PrevPreviousEmployee Stock Options: A Guide for Your Small Business
NextGroups Predict Trade Momentum to Slow Due to Multiple Shocks on Global EconomyNext