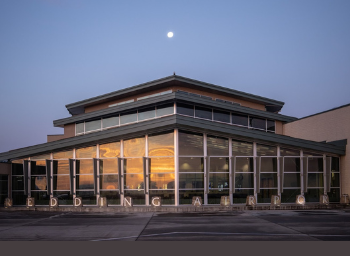 Air service out of our city has “taken off” in recent years thanks in large part to the efforts of the Economic Development Corporation of Shasta County, City of Redding, and the other contributors to airline revenue guarantees and other intangible work. The current and potential expansion (such as a long-awaited Denver flight) has created […]

Legislation expanding the presumption that certain diseases and injuries are caused by the workplace failed in an Assembly policy committee this week for lack of a motion. SB 213 (Cortese; D-San Jose) was opposed as a job killer by the California Chamber of Commerce and a coalition including numerous local chambers of commerce. It would […]

Denise Davis Denise Davis, longtime spokesperson for the California Chamber of Commerce, has been promoted to executive vice president of communications, responsible for leading the organization’s communications strategy and outreach. She will continue to head CalChamber media relations and manage the CalChamber’s involvement in select issue advocacy and ballot measure campaigns. “Denise has been central […]

I am planning to audit our completed I-9 forms. What do I do if I find errors? Good for you! It is a best practice to regularly self-audit completed I-9 forms. Before performing the audit, decide the scope of your review. Will you review all forms or a sample? If auditing a sample, make sure […]

A California Chamber of Commerce-opposed bill that would drive film industry jobs out of California passed a Senate policy committee this week. The bill, AB 437 (Kalra; D-San Jose), passed the Senate Labor, Public Employment and Retirement Committee on June 22. Committee members acknowledged opponents’ concerns about the bill’s interference in the collective bargaining process […]

A California Chamber of Commerce-opposed bill that would deliver a massive blow to the state’s music industry and drive talent and jobs out of California passed a Senate policy committee this week with one Democrat voting no. The proposal, AB 983 (Kalra; D-San Jose), changes the rules for recording agreements in the state, undermines the […]