The California Chamber of Commerce is urging its members and all Californians to conserve energy—both commercially and personally—to help avoid power shutdowns during this time of unprecedented high temperatures and threats to power supply from the Oregon Bootleg Fire in Southern-Central Oregon. The Oregon wildfire is currently threatening a regional transmission system and impacting California’s […] 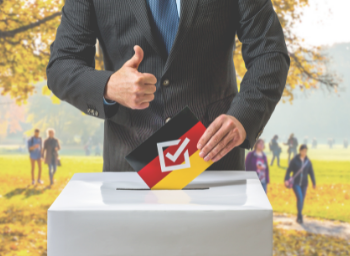 In my time at the Redding Chamber of Commerce we have continued a legacy of involvement in vetting local candidates, hosting candidate forums, taking positions on issues from sales tax initiatives, food truck parks, proposed development projects, crime & homelessness, cycling paths, and recall efforts, just to name a few. It is our belief, based […]

A California Chamber of Commerce-opposed bill that will severely alter the workers’ compensation system and increase business costs will be considered by the Assembly Insurance Committee on Tuesday. The bill, SB 335 (Cortese; D-San Jose), fundamentally alters longstanding rules and timeframes related to investigating the eligibility of workers’ compensation claims such that it substantially reduces […]

Ready to join the Redding Chamber of Commerce?
BECOME A MEMBER