Kristen Malinconico No matter how you approach renewed calls for Congress to impose a Financial Transaction Tax (FTT), it would be a huge mistake for Main Street, consumers, taxpayers, retirees, states, and localities. An FTT, which is a sweeping tax on financial trades of all kinds, such as trades of stocks, bonds, and derivatives, is […]

The US Needs a Holistic Approach to Engaging Africa ASAP

Scott Eisner Just days after taking office, President Biden signaled to African leaders that they should expect renewed engagement from the United States. In remarks at the 2021 African Union Summit – his first speech to an international forum as President Biden highlighted a shared vision for a better future that includes “growing trade and […]

Advice, Insight on Diversity in Workplace from Leaders in Private, Public Sectors

“Diversity without inclusion means nothing,” Northrop Grumman Sector Vice President Kevin Mitchell told attendees of a recent California Chamber of Commerce panel webinar that discussed ways to successfully foster diversity and inclusion in the private and publicsectors. The February 19 webinar, “Diversity in the Workplace: Pathways to Success,” was moderated by CalChamber Executive Vice President […]

Thaddeus Swanek Fill me in: For this week’s Path Forward U.S. Chamber President and CEO-Elect Suzanne Clark was joined by Washington Gov. Jay Inslee to discuss why the state has been so successful in leveraging the strengths of the private sector to stop the spread of the coronavirus and ramp up vaccination distribution. Clark was also […] 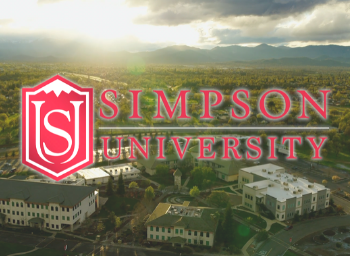 Simpson University celebrates its 100th birthday in 2021. The university has been in three locations over the past century, landing in Redding 32 years ago in 1989. I have attended the annual business luncheon for many years, served on the university’s community advisory board, and even thrown batting practice for the baseball team (My right arm is […]

Ready to join the Redding Chamber of Commerce?
BECOME A MEMBER